Trends in Pennsylvania Agriculture
Back to Blog

According to Penn State Extension, current dairy markets are hinting at potential gradual increase in milk price in 2019. Global trade volatility continues to hinder widespread optimism. The dairy sector, particularly in Pennsylvania, has had a few weeks of some optimism along with continued concern. With the tentative agreement on a new North American Trade relationship with Canada and Mexico, the U.S. dairy industry may be poised to strengthen our export markets. While the agreement must still be approved by Congress, there is optimism that this agreement will pass. Eventually the U.S. dairy markets will reap the benefits. Nearby futures prices have not yet responded to this potential boost to exports because the provisions of the trade agreement will not take effect for at least six months. A price bump, due to this trade agreement, will probably be noticed in the fall of 2019.

Industry experts estimate poultry production will increase 3% annually from 2019 through 2021. That’s the largest increase since a three-year expansion ended in 2005, creating possible competition for market share and jeopardizing prices that last year were 10% higher than in 2016. While this is not projected to decrease prices, it certainly has the potential to limit any upside.

The industry has been riding a profit boom as low feed costs allowed farmers to raise bigger birds and more of them. Americans have been eating more chicken than any other meat for two decades, but demand has taken off in recent years. According to the U.S. Department of Agriculture, per-capita consumption will jump to a record 92.4 pounds (42 kilograms) this year, up 15% since 2012. Bell & Evans, an organic and specialty chicken company in Pennsylvania, is constructing a facility that will process 2.6 million chickens a week when it opens in 2020. The company supplies retailers including Whole Foods Market Inc. and Amazon.com Inc.

Hay markets can be difficult to project heading into any year, and 2019 might have some of the most complex dynamics to consider for hay pricing and demand. Weather will always play a role in regional markets, while competitive demand from dairy and beef cattle herds also play a role. Comparative pricing of other feedstuffs needs to be considered, and with lower commodity pricing, there might be advantages to feeding more grain in livestock diets.

Dairy cattle account for a large part of hay demand with quality alfalfa fed in lactating cow diets and grass hay being fed to non-lactating cattle. In areas of the country where there are large pockets of dairies, hay grown locally plays a crucial role. Unfortunately, with another year of low milk prices there have been a number of small and mid-size farms leaving the dairy business. This leaves potential challenges for hay growers who sell regionally. 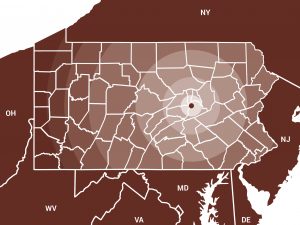 Over the past 35 years and beyond, Real Estate Appraisal & Marketing Services, Inc. has provided clients in Central and Northeast Pennsylvania with over 25,000 residential and 8,000 non-residential appraisal reports. As a result, we know the area best. Our comprehensive reports are trusted by financial institutions, judicial systems, and developers. When you partner with us, you will receive timely and complete reports. Ultimately, nobody else compares to Real Estate Appraisal & Marketing Services, Inc. in Central and Northeast Pennsylvania.